This an excellent bit of kit. Easy to use, impressive results, and an app which works pretty well.

Unlike most of the kit I review, I paid for this myself. I have no hesitation in recommending it to anyone who wants to get started in spherical photography.

You can find the tech specs yourself – I’m going to show you a few of the photos and then tell you why you shouldn’t buy it.

Here’s an animation of a 360 photo – you can probably tell where the cameras are pointing due to the different exposure values on each lens. 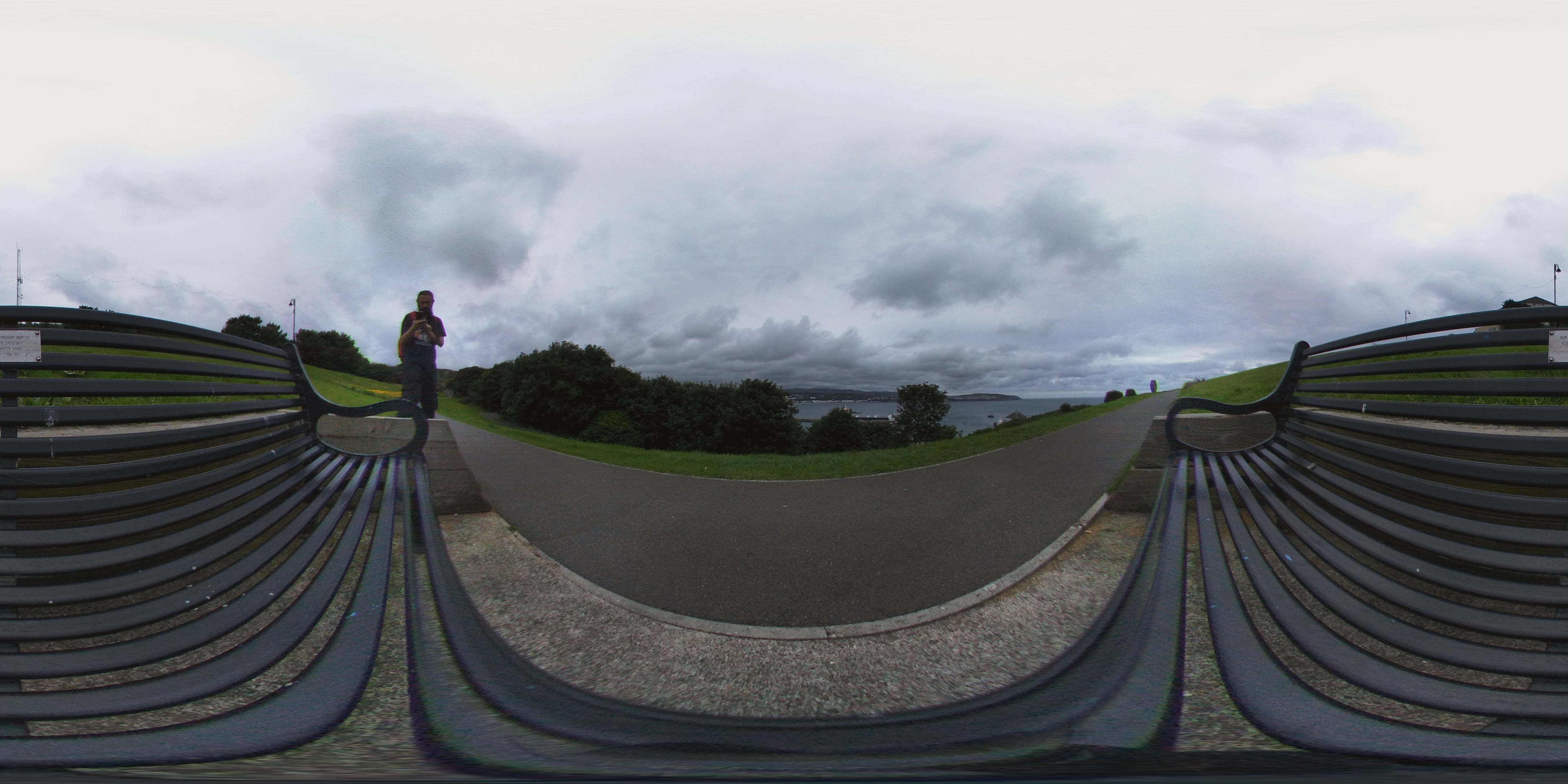 If you zoom in, you can tell exactly where the stitching is. It’s pretty good – but not seamless.

The camera is not perfect, I’ll start by talking about the things which show this is a V1 product.

On the base of the unit is a flap – it covers the USB charging port and the microSD slot. With the flap open, you can’t use the tripod.

Or, to put it a different way, you have to take off the tripod every time you want to charge it.

I like the fact it uses the newer USB-C standard. But it appears that the camera can only be charged over USB, you can’t transfer files from it. When plugged into a computer, it doesn’t show as a USB drive. The only way to get photos and videos off is over WiFi using the app. WiFi transfers pretty quickly, but you end up going camera to phone to laptop if you want to edit anything.

The camera streams video direct to the handset over WiFi, but there’s no way to put that on YouTube or Facebook directly.

There are some hacky workarounds

Photos do have GPS EXIF – but the location is that of your phone. That’s fine if you’re holding both, but if you put the camera somewhere then get out of shot, the location will represent your position, not the camera’s.

When you first connect to the camera, it prompts you to change the default WiFi password. A brilliant idea!

But it doesn’t actually work. I repeatedly tried changing the password, to no effect.

WiFi can be a little hard to manage. Your phone connects to the camera – but some phones will complain that there is no Internet connection, and will disconnect. It sometimes takes some manual clicking around the options to get connected.

Even then, the connection can be spotty. Move too far away and the live video feed from the camera stops. The camera still took photos and videos, but the preview stopped. The range seemed to be about 5 metres.

I’m being overly harsh on such a cheap product. For quick snaps or full videos, it’s incredibly good.

The app is decent – not always a given with hardware. Plenty of options to fiddle with and relatively quick to use.

For around £150 it is excellent. Hold it high above your head and create some gorgeous images.

You can buy the LG 360 from Amazon UK