(A somewhat rambling post about a very inconsequential problem.)

I'm slowly building a Smart Home. I've security cameras emailing me when a cat has the temerity to walk past a window, a Roomba which tweets me, a thermostat which knows if I'm working from home, and a car which knows when to charge from my solar panels.

Now it's time to focus on something a bit more useful - lighting!

A few months ago I treated myself to a Lifx SmartBulb. It's a cracking bit of kit! There's a widget on my phone's home screen which turns it on or off instantly, it gently wakes me up in the morning, turns off when I leave the house, and has a nifty API.

Lest you think I live in some sort of mansion, the previous owner of our house installed a couple of multi-way spotlights in the kitchen.

There's another issue - if the light is turned off at the switch, it can't be controlled from the app. Now, that's pretty obvious - no electricity = no WiFi. But it's a tad annoying if, say, your partner walks out of the room and absent-mindedly switches it off at the wall. Naming no names...

Welcome to the future - where every lightbulb needs to update its firmware.
For around thirty minutes.... pic.twitter.com/4An8ZUTUrQ

Ok, so the obvious solution should be smart light switches, right? Flick the switch at the wall or toggle it from your phone. There are seven light switches I use regularly - controlling 12 light bulbs - which should reduce the cost significantly.

A Raspbery Pi Zero is tiny, cheap, and can contain WiFi. Surely there must be dozens of cheap and cheerful smart switches available?

No so much. They all seem expensive and incompatible.

If the central hub breaks you've lost connection to every switch. Using BlueTooth restricts the amount of smart automation you can do. So, for that reason, I'm drawn to having a direct IP connection to each switch.

It's worth pointing out that this comes with its own set of risks - having poorly protected smart gadgets can leak your personal information. But if someone has physical access to my light switches, it's probably game over for security.

The cost? Fifty quid! So not much cheaper than buying Lifx bulbs...

The Lanbon Android app has zero reviews and there's no sign of an API for it. And, if I'm honest, I'm slightly sceptical that it'd work with a UK lighting circuit.

Obviously, I'm not going down the Hue route - they have the same drawbacks as Lifx, and a despicable attitude to interoperability.

There are Z-Wave switches for around £40. 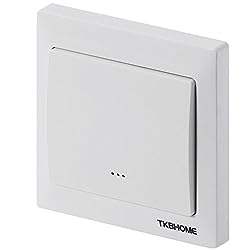 I've already got a Z-Wave module for my Raspberry Pi, so that'll make the hub cheap. That said, the reviews for the switches look particularly poor. Some Z-Wave switches have wiring requirements which UK houses just don't meet.

It's possible to retrofit Z-Wave relays either behind the lightswitches or directly into the wiring. That's quite a lot of DIY and/or electrician effort. And they're around £50 each - taking the price even higher. Also, not exactly portable if we ever move house.

So, next up is British Company LightWaveRF

As much as I'd like to support a British company, I'm reluctant to trust a closed protocol. There is an official API - although you have to fill in a PDF(?!) in order to get access. It also says:

I agree not to disclose or distribute the API in any form to any third party without the express written permission of JSJS designs.

Which rather clamps down on any Open Source projects I might want to develop.

To get around this, some people have written well documented API documentation.

The prices are relatively cheap - £50 for a LightWaveRF Hub and around £20 for light switches. But the official app gets terrible reviews. 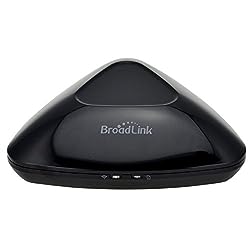 That's about the cheapest of all the options - and the reviews are fairly positive - but is it sufficiently secured and does it have an open API?

Well... Sort of! There are some attempts at creating an open API based on BroadLink's specification - but I'm not confident that anyone will make compatible switches should Broadcom decide to stop. Nor whether any 3rd party hubs will work with the switches.

My choices appear to be...

That's not very satisfactory, is it?

Have you wired up a UK home with smart lighting? If so, please do let me know what you chose - and if it's working well for you.