Way back in the mists of time, the UK had a Cable TV service called Rediffusion. It had a long and noble history, but has been defunct for the best part of 40 years.

All technology leaves scars on the landscape. And Rediffusion was so popular, that it had junction boxes built into the walls of houses. When we moved into our new London home, I spotted this junction box hidden behind a plant pot.

That’s a Rediffusion JB 134. There is no information about it on the web. Although this somewhat peculiar book talks about the JB166 – and indicates that it opens from the top.

A casual attempt with a pair of pliers had no effect. Time for the magic juice!

Lots of that sprayed into the hole. Wait a bit, and…

It twisted open. Wanna see inside?

Boxes within boxes, eh? Let’s take it out.

Each set appears to be 6 twisted pairs.

I guess one set goes to my left-side neighbour, and one set to the right. One set goes into the house. No idea about the others.

Apparently, there was a local community radio station – Radio Thamesmead which may have been available via this system.

On flickr, there’s a photo of a Rediffusion van driving by the local train station back in the 1970s. 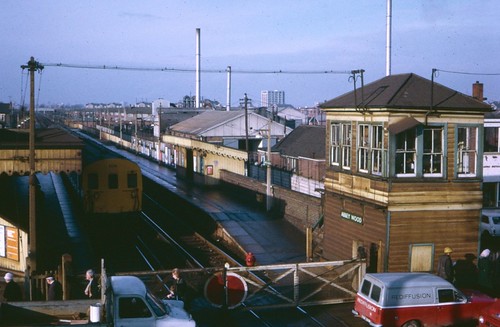 We may also have been able to have received Greenwich Cablevision.

And, that’s really about all I can tell you. The wires appear to be in good condition. I didn’t test to see if there was any signal on them (I hope not!). There doesn’t seem to be a junction point that I can find inside our house.

I’m not sure who legally owns the cables – the deeds to the property don’t mention them. And I’m not sure if removing them would cause any issues for the rest of the network.

So I’ve sealed it back up and will leave it for the next intrepid adventurer to discover.

If you know anything else about this system, drop a note in the comment box.