This evening's Doctor Who - The Bells of St John - revolves around mysterious WiFi signals.

Alien SSIDs which, if you connect to them.... well, watch the episode to find out!

So, can we do the same thing for our home WiFi network? Yup!

There are some limitations though. SSIDs can only have a maximum length of 32 byte. Those are usually interpreted as 8-bit characters, so if you're using multibyte Unicode characters, you're reliant on the device doing the scanning interpreting the SSID correctly. You also rely on the device you're trying to connect being able to display the characters.

In this example, the Android device isn't able to render one of the glyphs correctly. 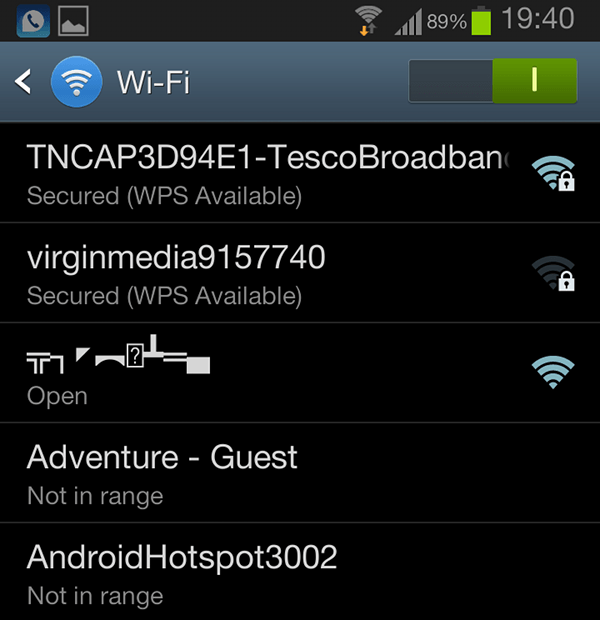 Depending on your WiFi router, it may simply not accept characters outside the "normal" ASCII range.

I picked a Unicode string of "╦┐◤︻㍕┻═▄" but you, of course, can choose one which matches the TV show a little more closely - assuming you can find the right characters in the ever expanding Unicode set.

If you want something approaching the WiFi name from the start of the episode: 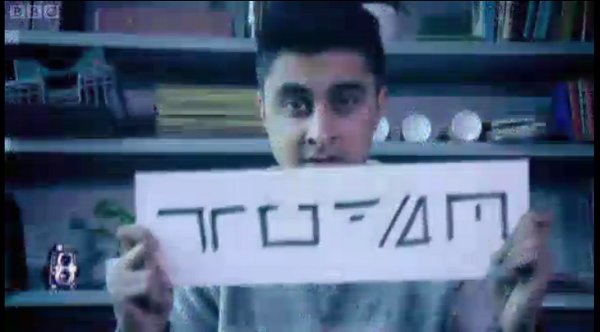 Update 2013-04-03.
Want to scare people outside of your house? You can use Android's WiFi hotspot to broadcast the SSID wherever you go! 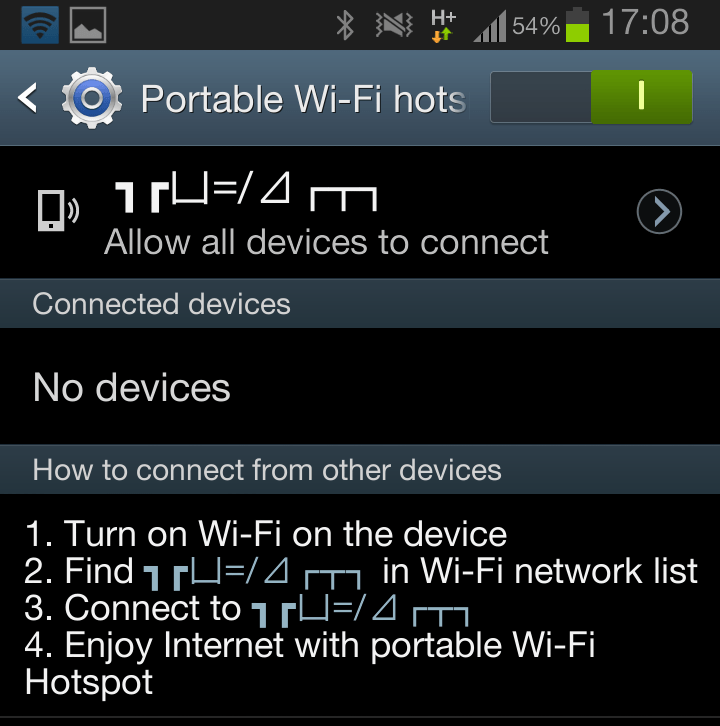