I like to go on holiday in order to read books. After last year's post a few people expressed surprise that I hadn't included many female authors. I felt compelled to rectify that, so I decided to read only female authors this holiday.

I only had 7 days, and did quite a lot of sight-seeing, so there's only 6 entries here. Will try for a more relaxing holiday next year! 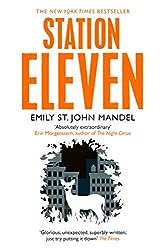 A cracking "end of the world" novel, neatly tied together via Shakespeare's King Lear. As we were staying in a villa in the middle of nowhere, the haunting descriptions of isolation really resonated with me.

It isn't markedly different from most other apocalyptic fiction novels - and the "twist" is pretty obvious - but it doesn't suffer unduly for it. It cracks along at a fair pace and is generous with its humour, despair, and flashbacks.

The only real criticism is that electricity is seen as an almost mythical element. In reality, small solar chargers and hand cranks are readily available and quite sufficient to power, say, walkie-talkies, torches, music players etc.

On to "The Sparrow" by Mary Doria Russell. 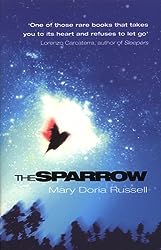 I've decidedly mixed feelings on this one. Without a doubt it is an epic and thoroughly disturbing tale of "First Contact". In terms of "hard" sci-fi it pretty much has it all - and the science is impeccable.

And yet, the theology… This is a tale of "Jesuits in Spaaaaaaace" so it is understandable that their morally dubious superstitions would be at the forefront of the plot. But it is laid on with such a heavy trowel that I honestly thought that it might be a Scientology-esque tale designed to convert and conscript the unwary.

Because all the characters are motivated by religious fervour, I found it rather hard to relate to them. By the end, however, I found myself wondering if this book - almost revelling in its torture-porn - was a warning against organised religion.

Sublime sci-fi, but not for the faint-of-heart.

After the bleakness of "The Sparrow" it was a blessed relief to read "The First Fifteen Lives of Harry August" by Claire North. 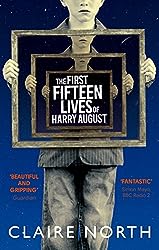 The plot is simple - Groundhog Day but for your entire life. When you die, you're immediately reborn - with memories intact - as yourself.

I didn't want the book to end! It was joyful in its mastery of time-travel story telling. Although dealing with some weighty topics, it had a delightful lightness of touch that made the whole book skip along. At times, it felt like I was reading the extended adaptation of a BBC mini-series, so clearly could I see all the characters.

It's rare to find a book seemingly without flaws - but this simply sparkles with delight and ingenuity. It is spy-thriller, cold-war noir, boys-own adventure, and desperately sad love story rolled into one.

The only real dud of the recommendations was "The Shining Girls" by Lauren Beukes. 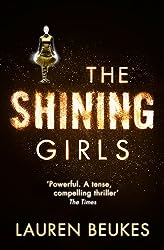 This was a real disappointment. It's sort-of sci-fi - in that the murder can travel through time - but there's no explanation of why the murders are being committed. No reason given as to why the girls are "shining". No insight into the mind of the killer nor the powers which are driving him.

Perhaps it is that I don't read many thrillers but I found the whole book unsatisfying. The protagonists will never be able to solve the mystery because no-one suspects time-travel as an MO - so it feels like the whole story is a waste of time. Ah well.

Finally, I hit a gold mine!

Ancillary Justice, The Dispossessed, Brightness Falls From the Air

James Tiptree Jr is the pen-name of Alice Sheldon - an Air Force Major, CIA operative, and Doctor of Experimental Psychology. 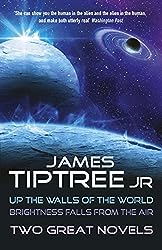 Although she wrote many short stories, James only wrote two novels - now gathered in one eBook collection.

Up the Walls of the World is, frankly, a belter! Telepaths, flying aliens, military experiments, doomsday devices! What more could you want from a sci-fi novel? The way she writes about the alien experience is perfect, never getting bogged down in exposition, never giving in to the temptation to make their world more relateable.

Bonus points for what must be a very early mention of the Internet - dialling up to connect to super-computers FTW!

The final book was "Brightness Falls From the Air." What starts off as a charming backwater sci-fi tale quickly descends (or ascends) into a Agatha Christie-style whodunnit. There's scheming, sex, drugs, intrigue, unrequited love, and murders.

Towards the end, it does rather begin to resemble a 1970s Doctor Who serial - a double-cross at every turn and a cliffhanger at the end of every chapter. A little over-wrought, perhaps, but wrapped in such a great story that it is easy to forgive.

…And that's a wrap! Now eagerly awaiting my next holiday - do let me know your recommendations.