I’ve built myself a framed set of imaginary software. 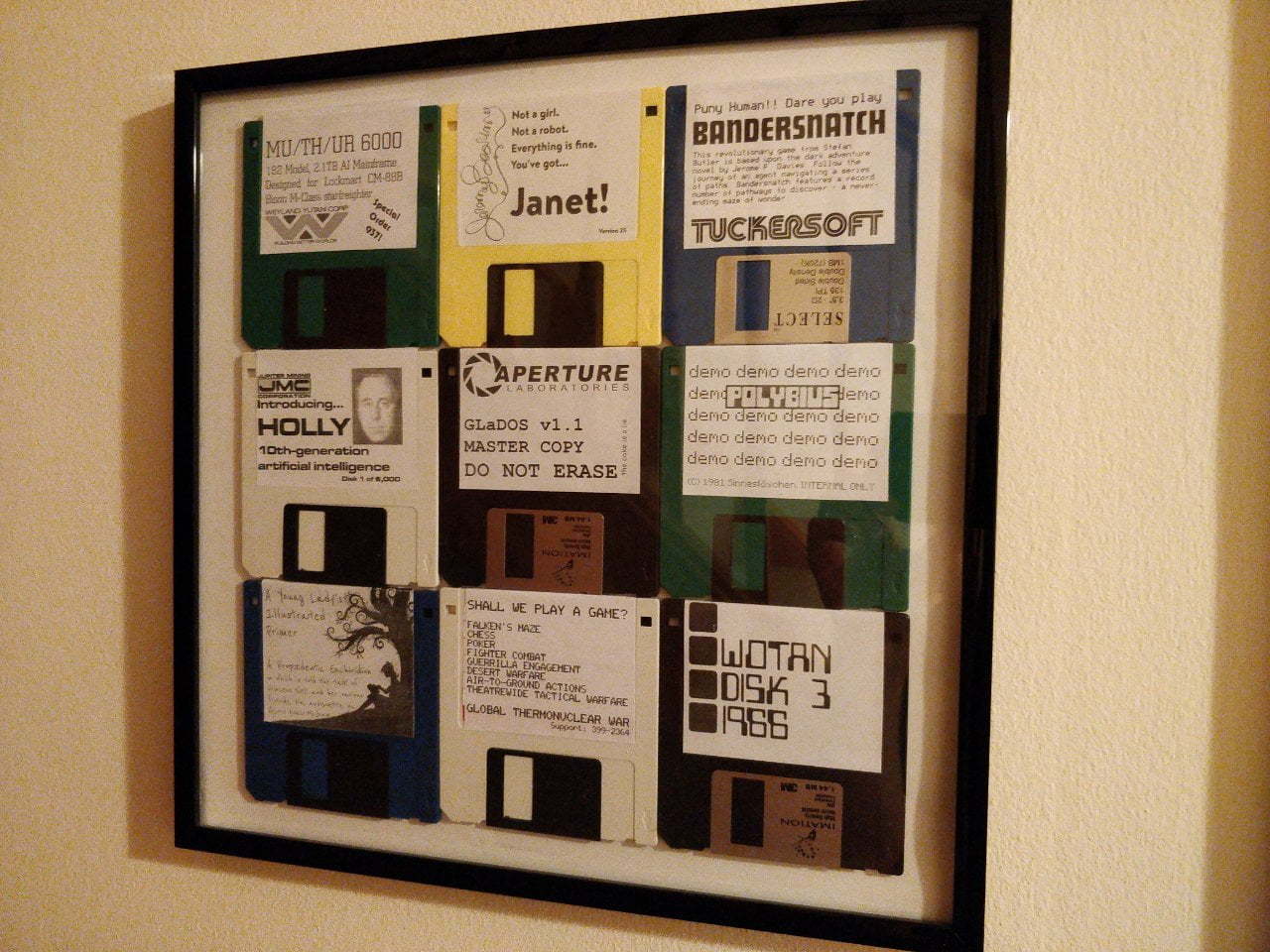 This is not available to buy in the shops. Mostly because some of the artwork is not my copyright. All the parts are listed if you want to build it yourself.

As part of my Floppy Disk Walkman project, I asked my friends to send me a couple of floppies. Alistair and @gas_liverpool both sent me loads. So I needed something to do with them!

Are you still there? 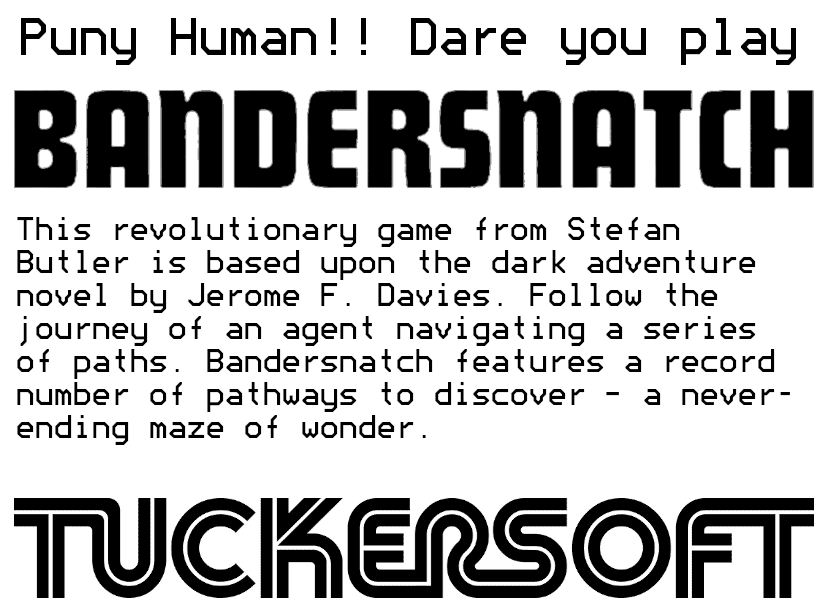 I used an open source Teletext Font called Bedstead rather than the more corporate Courier.

I thought a dot-matrix style vision of Holly would be a nice touch.

A Young Lady’s Illustrated Primer – from The Diamond Age

Using the Reenie Beanie font and a bit of groovy clipart.

Janet – from The Good Place 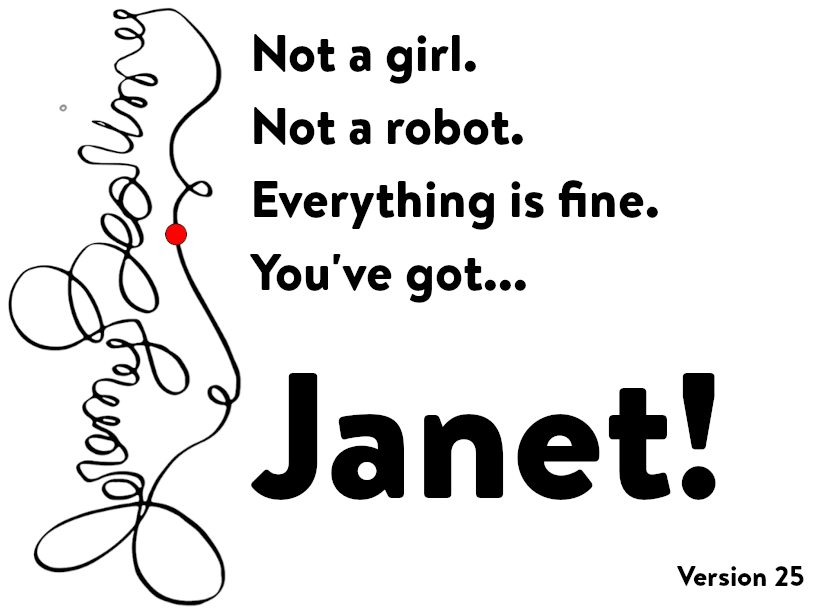 The font is close enough

Polybius – from the arcade

I spent so much money on this arcade game back when I was a kid. Not so easy to find nowadays.

I made great use of this excellent article about the typography of Alien.

WOTAN – from Doctor Who

This was a difficult one to get right. The font is not Westminster!

Just noticed the War Machines title font isn't one of the regular typefaces I assumed it was. Was it specially made? pic.twitter.com/JIyFLlGl8d

I grabbed the title card and manually recreated the font. 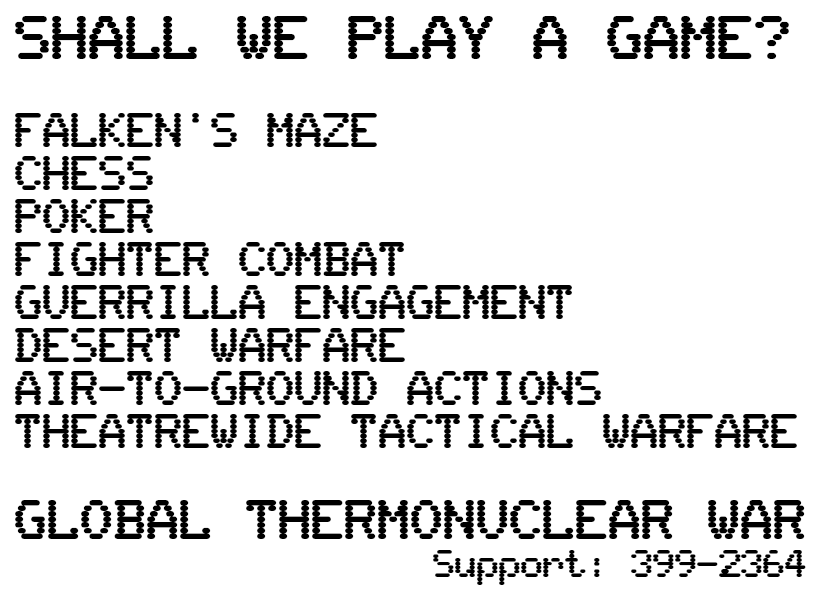 A slightly modified copy of the games list from WOPR. Using a reconstructed font

Originally, I thought about making disks of Vapourware. Things like “Commander Keen: The Universe Is Toast!” and “Half-Life 2: Episode Three” – but I really couldn’t find enough good titles.

Which fictional bit of software would you like a copy of?

(As in some program you've seen in books, TV, films, songs, etc.)

Some of the suggestion were brilliant, but a bit hard to implement. What does the software disk for Blade Runner’s Zoom Enhance look like?

There are only a few popular movies which feature floppies prominently. And none looked particularly cool. Besides, there’s nothing interesting about just copying someone else’s artwork.

Here are some that I considered.

The floppies on display don’t have anything interesting written on them.

We all love Sandra Bullock, and The Net is a fine movie. But this is hardly an iconic shot.

I lol’d, but I wanted something a bit more like real software disk.

Better Than Life is an brilliant bit of software, but there are no product shots.

LCARS was a popular request. But it is so colourful, that it’s hard to show on a black and white printer.

Not sure. I’m painfully aware that most of these are AI systems, rather than discrete software. I have no need for a colour printer – so I don’t think I’ll upgrade these. And I don’t think I’m a good enough designer to make many more. So this will just sit as a curio on my wall.

8 thoughts on “A Collection of Imaginary Software”