But is it too good to be true?

The first thing to do with any image of a text quote is to search for the text. 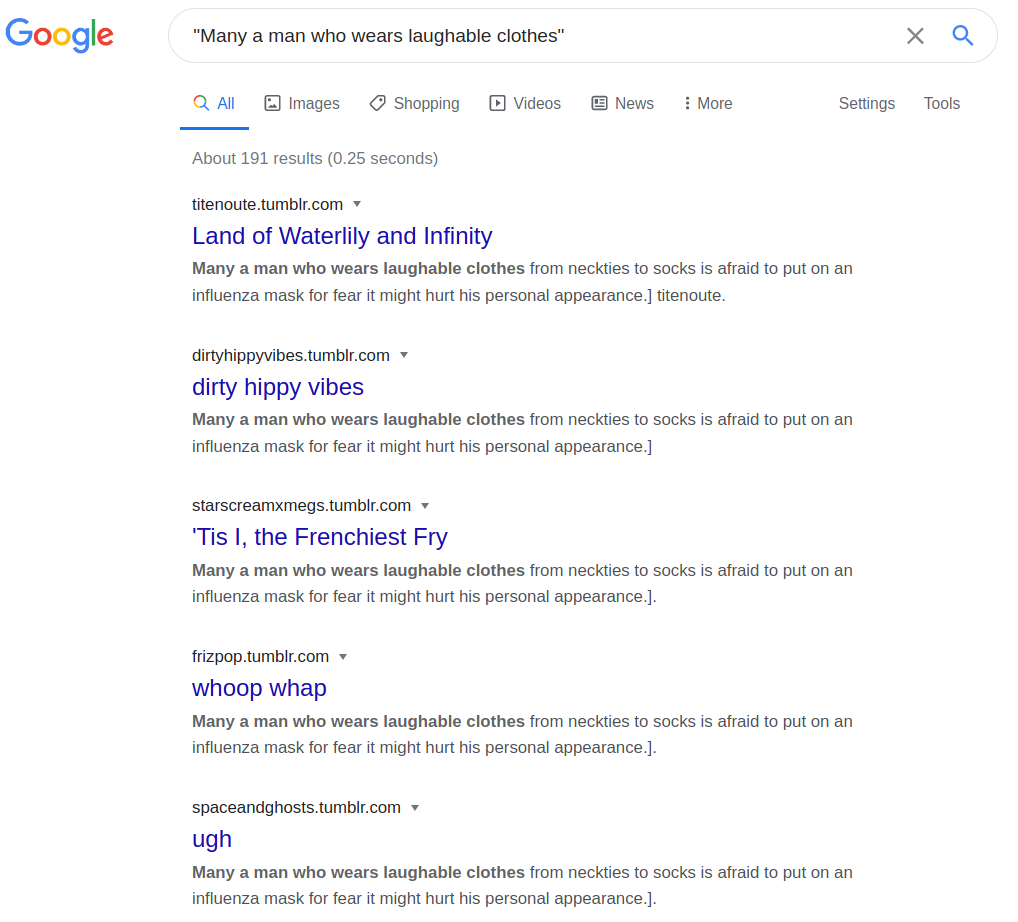 Look, I’m not saying tumblr isn’t great, but… I wouldn’t exactly trust it as a primary source!

That said, tumblr has a neat feature which makes it easy to see where a popular image originally was posted. 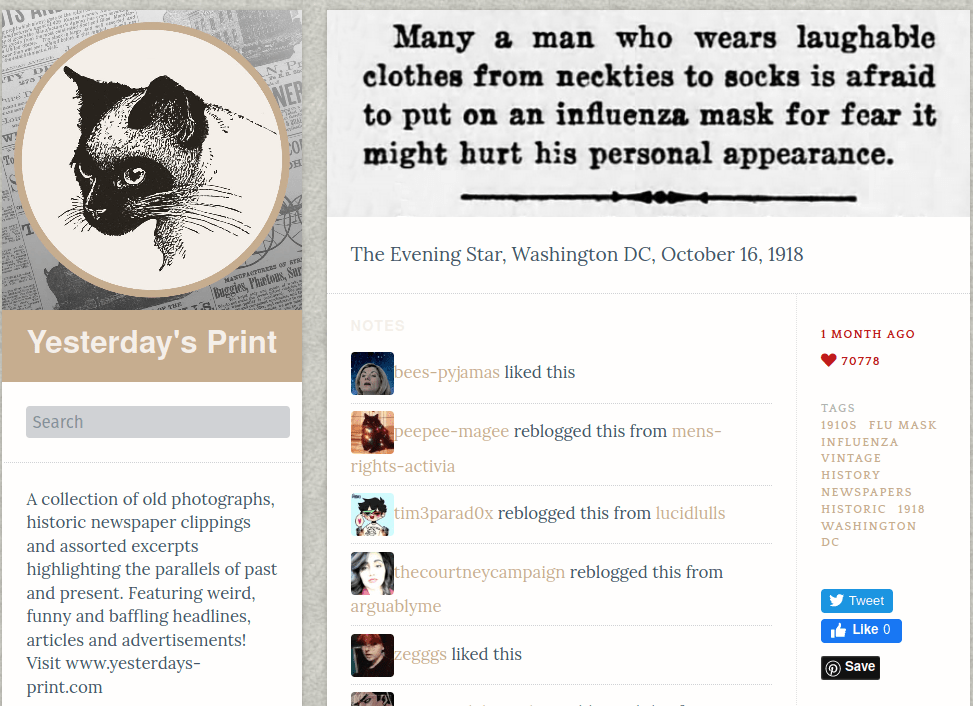 There’s nothing on the site which screams “spoof” or “fake”. The site FAQ claims it posts genuine newspaper clippings.

The USA’s Library of Congress has a good collection of old local newspapers. They’re all scanned and OCR’d.

Rather than labouriously read through each thrilling page, it is possible to search for the “many a man” phrase directly.

Is the trail complete? Perhaps.

You can argue whether you think the Library of Congress is a trustworthy source, and you can contact Louisiana State University to see if the original paper is in their records, and you can believe the Illuminati have rewritten history. But you’ll do so from a place of informed knowledge – rather than from a graphic which could have been manipulated.

The whole investigation took me 5 minutes. A Web search, a few clicks, and some ctrl+f‘ing.

These are basic skills, and you should use those skills before you share something which sounds too good to be true.

Treat any claim without a URl as suspicious.