Not until episode 4 do we get a new phone for Clara.

Nice clear shot of the iPhone 4S. A phone first released in 2011, although the episode was shot in 2015. Perhaps Clara is now on an economy drive after splashing out on shiny new phones for so long. Unusually for Doctor Who the phone is a central MacGuffin in this story.

Osgood takes shelter from the terrifying alien menace and places a desperate call to the TARDIS.

The prop team have helpfully stuck some black tape over the manufacturers name, but we get a clearer shot a moment later. 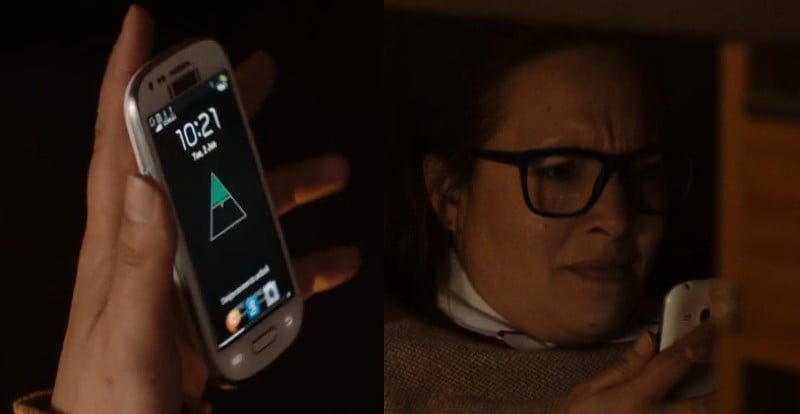 Regular readers will recognise this as the exact same phone Clara used last season in Mummy on the Orient Express.

Headcannon! Clara regifted her phone to Osgood as a Christmas present prior to the Christmas special.

The Zygon Invasion – The Doctor

A rare occurrence. The Doctor actually handling a mobile phone.

Not quite enough detail just from the camera to tell what it is. Patience, young grasshopper.

The Brigadier’s daughter and successor has a heavily armoured phone in her possession. 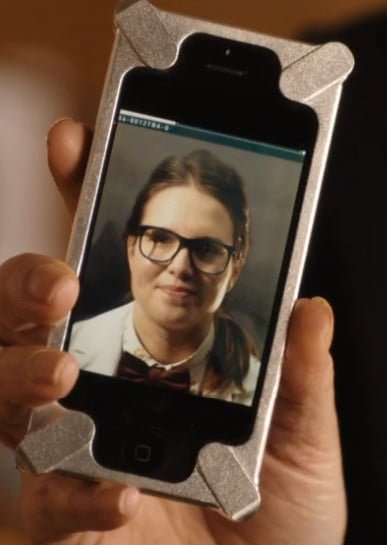 Beneath all the casing we can see the iPhone 5.

The Zygon Inversion – The Doctor

Finally a shot of the front of the Doctor’s phone. 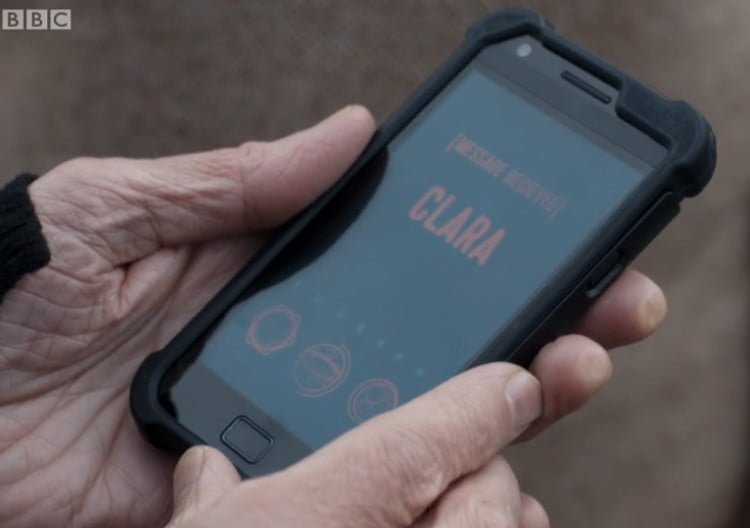 More black sticky tape, but still quite recognisable as the Galaxy S II Plus. The same phone as the Elf used in Last Christmas. Perhaps a thank you pressie for the Time Lord from Santa?

Rigsy from episode 9 of last season urgently calls the Doctor for assistance when an ominous tattoo suddenly appears on the back of his neck.

So that wraps things up for the Doctor and Clara partnership. A great shame as she had impeccable taste in phones.