A cracking episode – perfectly directed. But what’s the device Donna’s teasing us with?

A little too indistinct for now. Let’s wait for a clearer view later.

Again, we only get a glance at the phone used to call the Doctor.

All we can see is that bottom port. But don’t worry – all will be revealed in a few episodes’ time!

Here’s a curio! One of the few PDA’s featured in the show.

SD Card slot on the top, and a cluster of buttons at the bottom. An iPaq? A PocketPC? An XDA? There’s no Windows button…

Possibly the most obscure one yet! The props department have covered up the Acer logo and added in two fake buttons. Cunning!

The Doctor – The Poison Sky

A phone borrowed from a UNIT guard. But what is it?

The trapezoid camera and circular logo on the back means this is a Motorola. One of the SLVR line. Probably an S9.

Bit of an odd choice for a soldier, no?

Donna’s turn to get her phone super charged.

Not much detail here, sadly. The square button for the d-pad is characteristic of Nokia phones. There’s a silver thing on top. I thought it was the N78 due to the placement of the flash – but that was launched after the episode aired.

Therefore, I reckon this is the Nokia 6500 Classic.

The silver gap at the top is the charging port.

Do we get any more clues as to Martha’s new phone? Oh yes!

Obviously she kept her number, so The Doctor could call her. Wait… does that mean the Universal Roaming upgrade is applied to the SIM and not the terminal????

Anyway, based on the huge lens cover, and button placement, it’s a Sony Ericsson K750.

The End of Time

Loads and loads and LOADS of phones in this!

Dr Jones has yet another new phone!

Tough to say, but given the fat lower lip on the phone and circular control I’m going for the Motorola Z6w.

Close enough, do you think?

The Sarah Jane Adventures crew get a look in. Here’s Luke with a candy-bar phone.

What’s the perfect phone for a cool teenager? Nokia 5310 XpressMusic.

Mr Lover-Lover has upgraded the phone he had in Series 1’s “Boom Town” to this nifty flipper.

Not much detail. Zoom! Enhance!

Aha! That’s a Motorola RAZR! No mistaking the thinness and the circular control. Could be one of several variants, but I’m going with Motorola Razr2 V8.

Her phone is only in view for a few frames. If you’ve any idea what she’s packing – let me know!

While everyone is trying to call The Doctor, we get this lovely shot of THREE PHONES AT ONCE!

Wilf’s first. I recognise this – the first “business phone” I ever owned. The Nokia 6310i – you can tell by the red band over the top, and the battery cover button. Ancient by the time this was filmed – perfect phone casting for Wilf.

Sylvia’s is trickier. A flipper, but with only a small display of front. The circular logo looks like the placement for a Motorola. I reckon it’s the Razr V3X.

There’s a close-up on Rose in the next shot.

OMG! She’s using the same phone as The Master in The Sound of Drums! 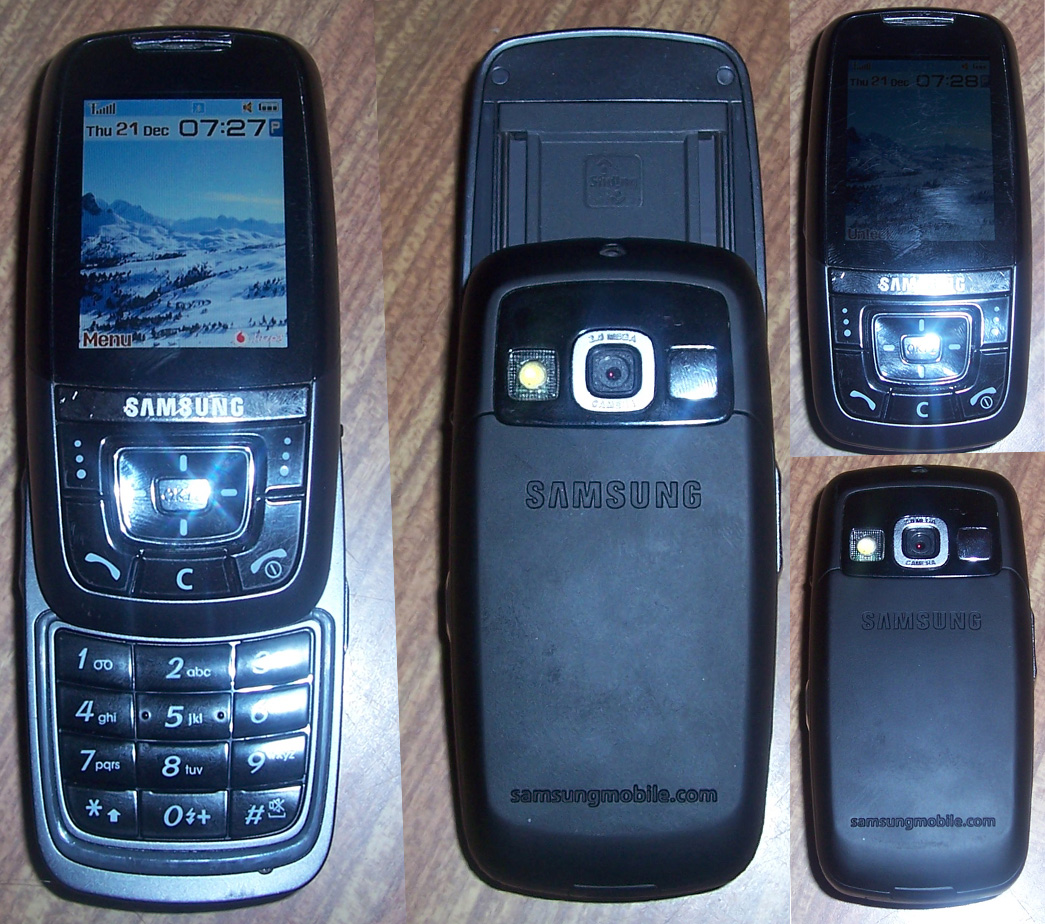 What an action packed series! Before we get to S05, we’ve got the four “specials”.

2 thoughts on “The Mobile Phones of Doctor Who – Series 4”