Regular readers will remember that I run Ubuntu on a MacBook pro. Why?

What can I say, it works for me! The only problem is that the MBP is heavy. Much to unwieldy to carry around without a decent rucksack. The keyboard - while delightfully backlit - isn't ergonomic. I rely on an ergonomic keyboard and a vertical mouse.

Basically, I need a portable, battery powered, screen - and a keyboard like this:

So, can I find a "laptop" which runs Linux and doesn't have a keyboard? I guess I'm looking for the mythical Ubuntu Tablet...

Straight out of China we find the i7 Cube Tablet with Ubuntu for a shade Under £500.

It looks like a fairly capable device - but, as with lots of products from Shenzen, it's hard to get a direct price quote for the exact Ubuntu model. It appears to be reasonably compatible with the latest version of Ubuntu - but there are a few tales of woe spread around the web.

Newcomer MJ Technologies has a (launching soon!) Ubuntu tablet for $400.

Looks good - decent size, range of ports, wireless connectivity, and charges via USB! One less cable to carry around.
The kicker will be in support - will the tablet cope with updates? Will it actually ship? What will support be like in Europe?

Biggest concern is that they're currently crowd-funding with an expected shipping date of June 2016. That's a bit long to wait - assuming that they're successful.

@edent Linux on a surface pro??

@edent looks like the Surface can run Ubuntu, there were a few deals on that Pro3 recently now that the 4 is out

It looks like the Surface Pro 3 is compatible with Ubuntu and all the hardware seems to work well.

Despite being discontinued, the prices are still fairly high.

They're cheaper second-hand - around £500. It'll mean paying the Microsoft tax for an OS I won't use, but they're popular machines so support should be decent.

Similarly, the Lenovo Yoga Pad 3 appears to be compatible with Linux. 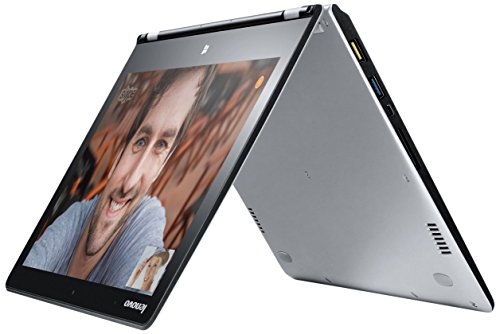 Around £500 - £700 on the second hand market. Has the advantage of a built in keyboard if needed, which doubles as a stand.

Giving In And Just Buying A Damned Laptop

Dell UK offer a range of Linux Laptops. At the cheap end of the market is the Inspiron 15 3000-Series Ubuntu for £200. Nice!

Their XPS and Precision workstations start at £1,000 and go up to as much as you're prepared to spend. Pricey, but they do look like good machines.

There are a few HP Ubuntu Laptops at eBuyer.

UK company Entroware do a range of Linux laptops.

I do rather fancy that MacBook Air clone...

The hunt continues. Have you spotted an Ubuntu tablet which meets my needs? Or found a laptop which runs Linux and has an ergonomic keyboard?

If so, please let me know!