After a crappy experience with an LG, I decided to go for a slightly more reputable manufacturer - Panasonic. 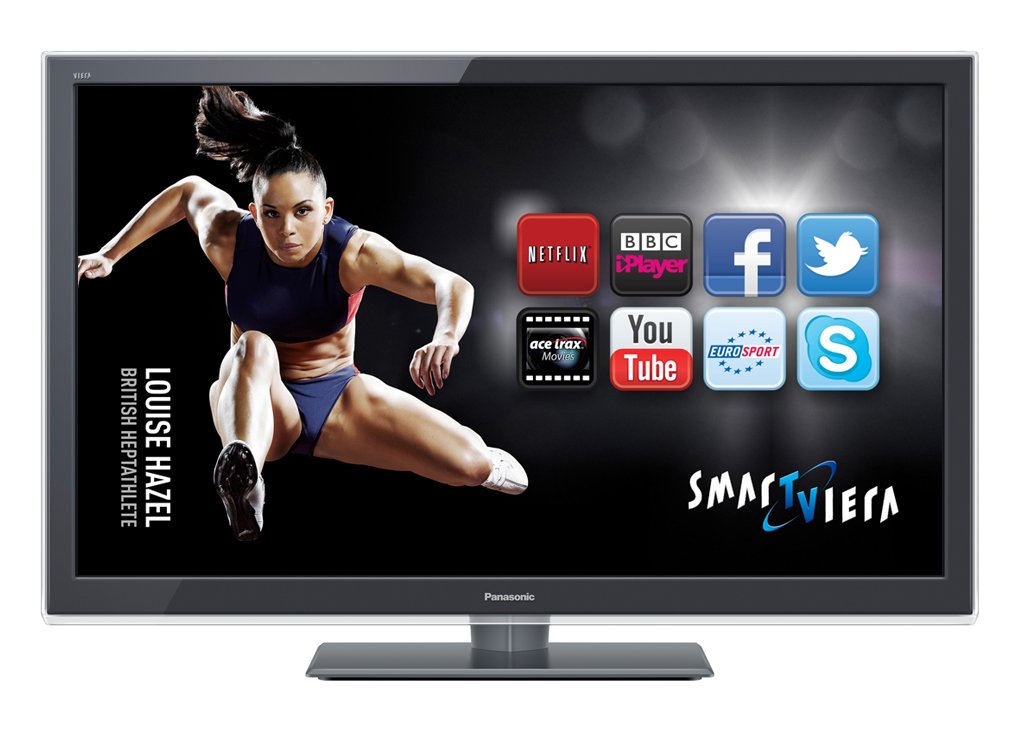 Looking at the TX-L37ET5B's specs it's a close to perfect TV.

I'll start with the negative points - because that's usually what people look for in a review.

The screen has a rather thick bezel, so if you need to squeeze it into a tight space, check your measurments.

There is a bright green LED under the screen - to show you that the display is on. There's no way to turn it off (short of a bit of masking tape). Worse, it's off centre. It's not terribly annoying - but I wish there were a software option to switch it off.

There's no Kensington Lock slot - so you'll have to screw the stand onto something (or place the unit on to a wall.

The screen is quite reflective - so make sure you don't have any lights behind your head when you're watching TV.

Despite being connected over fast WiFi to a fast Internet connection, the Viera Connect service is really slow. To be fair, this is the same on every "smart" TV I've tried. The UI is laggy and doesn't look great. Once it starts streaming, it's fine.
The Web Browser is comically bad. It does a good enough job of rendering pages, but navigating with the remote is tiresome.

It took me a surprisingly long while to work out how to turn on the TV! I'm used to pressing the on button once and having the set spring to life - that doesn't happen on the Panasonic. You have to hold down the on button for a second before the TV wakes up. It's not onerous - just weird.

Sound As A Pound

DTS? This TV is a stranger to it. If you're pumping DTS through HDMI, the TV will ignore it - it won't play through the speakers and it won't pass the bitstream through optical out. Luckily, I have an optical cable running from my media centre to my amp - so it's not a hardship.

The manual mentions it supports DTS 2.0 - but I didn't have any discs with that to test with.

There doesn't appear to be any way to adjust the delay of the optical output.

There's no USB recording. Not a huge burden, although the Australian version of the hardware does support it.

So, that was the bad - now onto the good.

The 3D was a bit of a gamble for me. I was really disappointed with the 3D in Tron Legacy (see my review of Tron). I figured that the 3D set wasn't that much more expensive and, hey, Piranha 3DD sounds like a cinematic masterpiece...

What really swung it for me was the fact that the set uses passive 3D. You don't need to buy expensive BlueTooth glasses which need to be recharged, flicker wildly in front of your eyes, and - more likely than not - are incompatible with any other TV. The Panasonic came with 4 passive glasses - enough for a family or small gathering. If you need more glasses, you can "borrow" them from a cinema - or buy more for around £1 each.

Playing some side-by-side (HSBS) content and the TV automatically converted into 3D mode. Worked on Blu-Ray and Xbox 360 content. Really quite impressive. Perhaps it was the size of the screen - but I found the 3D much more impressive than I did in the cinema.

For a laugh, I tried out the 2D-3D conversion. It attempts to turn any normal video source into 3D. I tried it out on the 1938 film of Robin Hood. I was gobsmacked - it wasn't flawless, but by golly it worked!

The 3D is flicker-free, does not suffer from banding, and is really effective.

There are loads of options to fiddle with. Colour, contrast, white balance, gamma, individual colour gain and limits. I followed this calibration guide and twiddled with all the knobs until everything looked satisfactory.

Panasonic provides an Android Remote Control app - it's actually really useful. Not only can you change channel etc, you can select videos and music from your phone and "fling" them to the TV where they start to play (after a delay - depending on your wifi).

Shake the remote, and the "power off" button appears. Nifty!

Although the UI is a bit confusing, the only real down side is the inability to turn on the TV from the remote.

The optical-out works flawlessly - unlike the piece of crap LG I had.

When watching BBC HD, the TV automatically detected the change between stereo and 5.1 and sent the correct bitstream to my decoder.

As mentioned above, there's no DTS.

A really good telly. Tweak the picture to suit your preferences, plug in anything, have fun with the 3D

Buy the Panasonic TX-L37ET5B from Amazon.

One thought on “Review: Panasonic TX-L37ET5B”