Last week I attended Google's Big Tent event. I may write about some of the panels later, but I want to focus on how I flummoxed the Minister for Universities and Science - David "Two Brains" Willetts 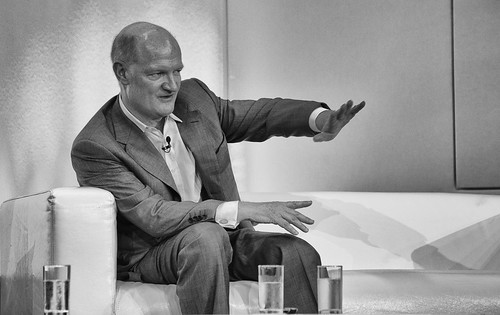 I posited to the Rt Hon Gentleman, that student loans were crippling the high-tech workforce of the country. When I graduated, I was unable to get a bank loan for a technology start-up due to the level of student loan debt I had accumulated. With universities now charging £9,000 per year, graduates would be around £30k in debt before they even started to think about setting up a company.

I graduated a decade ago and I'm still paying off my loan.

interesting q on student debt and not being able to get startup loans. first response 'inherited'. #bigtentuk12

thousands of pounds of debt from student loans are preventing uni graduates to get jobs in the IT field. @Cu_today #bigtentuk12

#bigtentuk12 MP given stage time to elude the question which was not about the definition of student loans, but the impact of the same.

I wasn't the only one who found it amusing that David Willetts couldn't do mental arithmetic when trying to calculate loan repayment rates.

Essentially, my points - which Willetts successfully evaded - were:

Willetts was, theoretically, right. Banks should look at ability to repay. Someone on £25k is "only" paying back £360 per year. However, there is a snag. Student Loan debts aren't wiped out during bankruptcy. If your dotCom idea crashes and burns, you're going to have to pay the bank back through any spare income. Indeed, your income can be used for three years to help pay your bankruptcy debts, if you can afford it.

But your student loan has to be repaid first.

So you can see why a bank would be reluctant to lend to a graduate.

Most of my knowledge around this comes from chatting to grad, and talking to recruiters. I'd love to see some hard data on whether banks (informally) look at student loan debt when evaluating business loans.