I've just come back from a delightful weekend in Paris. Delightful for me - not so for my wife. Rather than quietly admiring the artwork in the Louvre, I ran around gawping at the huge range of 2D codes on offer on the streets of Paris.

There are some great examples of how to do 2D code marketing - and how not to do it. I'd like to run you through a few of examples I found. I've enhanced the photos to make the codes a bit more obvious - that should make scanning them easier.

The free tourist map which our hotel gave to us had three of them!

Interestingly, they all use the 2tag aggregator rather than using their own URLs.

What I found most impressive was that all three codes lead to mobile friendly sites! Try them for yourself.

This movie poster gets in on the act as well.

Sadly, not a mobile friendly site - but it gives good information.

Even the graffiti uses them!

These were stuck on lamp posts throughout the city. The codes don't cope wonderfully when deformed around a cylinder - but are scannable with a little patience. Placing two codes close to each other as seen on the right of the image isn't a great idea - scanners tend to get a little confused when they see multiple scanning guides (the large black squares in the corners).

But QR codes are by no means the only technology on offer...

There's a production of "My Fair Lady" on in Paris at the moment. Tucked away in the corner of the poster is, to my eye, a rather ugly looking DataMatrix code.

While the pink background shouldn't provide too much of a scanning challenge for modern phones, it's usually best to keep things black and white. Especially given the complexity of this code, caused by the long URL. There's nothing wrong with using a URL shortner.
The site isn't mobile friendly - even worse, it relies heavily on Adobe's Flash.
The one saving grace is that it's a fully qualified link - unlike what you're about to see.

It's no secret that I think Flashcode is an abomination. Essentially it's a datamatrix code - but rather than give you a URL, it gives you a number. Your scanning application then looks the number up in a central database to find the content.
It should be fairly obvious what the pitfalls of this method are. It relies on a single point of failure and if you don't have the right scanning software which hooks up to the correct proprietary database - you're out of luck. When I scanned these codes with my scanner of choice - ZXing - all I saw was a string of numbers.
I have found only one Flashcode reader for Android - "mobiletag".

I really wanted to see this sci-fi exhibition - but I couldn't decode the 2D code into anything useful.

Similarly, this poster gives most scanners no information.

I later found that it points to http://mtag2d.com/euro/ - a perfectly nice mobile site. That URL is short enough to generate a really tiny QR code. 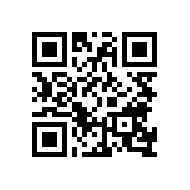 I get the attraction of Flashcode. It's a great way to make money - selling scanners to customers and selling access to the database to advertisers. The codes are generally smaller which makes them easier to scan and more aesthetically pleasing.

In my opinion, they're a dead end. Unless Flashcode makers are going to ensure that every possible device on the market will have a reader which is compatible, they're never going to achieve the dominance of an open standard like QR.

The reliance on a central database has two fundamental flaws.

On nearly every bus shelter I saw these stickers.

In mid October, JCDecaux launched "U snap". The concept is quite simple - snap a picture of an advert and receive information about it.

Unfortunately, it is fundamentally flawed.

I think image recognition is amazing technology. Companies like Cortexica blow me away with their innovation and technical prowess. But for sending a user to an information page via a URL, displaying a phone number or email address, image recognition is simply overkill.

I'll grant you, it means you don't need to "sully" your creative with a set of black and white squares - but you do need to put instructions next to every poster so people know what to do!

The 2D barcode scene in Paris is extraordinarily vibrant. While the majority of posters still had no mobile accessible link, there were enough to catch my eye over a weekend break.

Based on what I saw, QR is definitely the favourite - with the appalling flashcode a close second. The image recognition prompts from JCDecaux are ubiquitous - stuck on literally every bus stop I passed - but unless they expand their app to cover more platforms, they're doomed.

It's great to see a city decorated with physical hyperlinks. I really hope London catches up soon.

2 thoughts on “QR Codes In Paris”