I wander around the world in a perpetual state of confusion. Why is the world the way it is? Why do people make bad decisions? Why - when there are so many better alternatives - do people choose the worst of all possible worlds?

Rather than getting bogged down in philosophy, I refer to the reason people choose Microsoft Windows to do anything public facing. 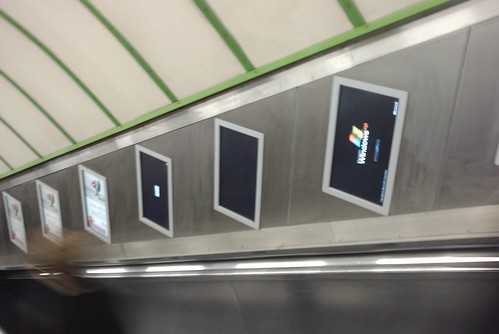 Advertisers obviously care enough about their message to craft 30 second videos, they invest millions on infrastructure to support showing them. Then they take a totally unsuitable and unstable method for playing them back - why? 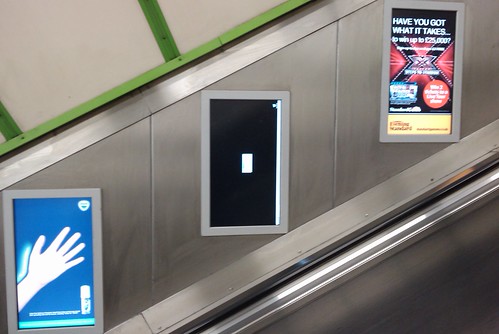 It's a phenomena I repeatedly see. Advertising screens around the world which are really only displaying one message. 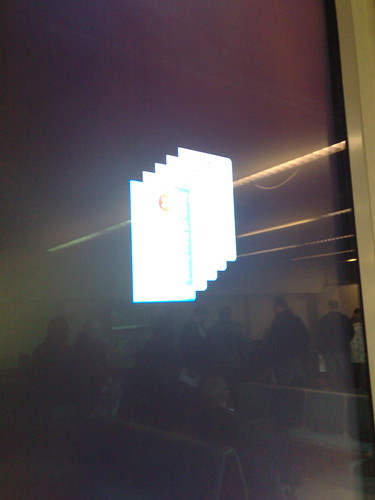 They're saying "Windows - The Worst Way To Get Your Message Across".

However, it's not just Windows which has the problem - each of these three photos show a PC which has failed to POST correctly. So they are stuck - forever displaying their inadequacies to thousands of passers-by. (Click to embiggen)

My real rant isn't about Windows - it's about the design and thinking behind such advertising screens. It would appear that each screen is driven by its own PC. What madness! The cost of hardware - let alone software - must be phenomenal.

At the moment, each screen displays exactly the same content as its neighbour. There's no reason why a single computer couldn't be used to drive all the screens.

I say exactly the same - the screens get progressively out of sync as the day goes on. Presumably the separate PCs don't communicate with one and other.

The next thing that bothers me is the use of Windows.

These screens aren't using an embedded version of Windows - they're using XP. Now, XP is a fine OS - but it is bloated in terms of what is needed. All that is needed is a small embedded device which can be loaded with video files and set to play back.

It doesn't need a desktop OS.  It doesn't need anything more complicated than a display, video codecs and an Ethernet port.  This is the sort of thing for which Linux is perfect.

So, why?  Why has this system been allowed to develop?  Every day I see another screen which is broken, out of sync, or crashed.  Why has such a fragile and expensive solution become so prevalent?

The majority of these photos show TFL advertising screens managed by CBS Outdoor.  I really do wonder if they ever wander through the tube and see what a shoddy experience they are delivering.