Woooo! Twestival! YAYAYAYAY! Errr... Well, no. Not really. After the success of last year's London Twestival, I thought this one would be even better. Looks like I was wrong. Let's start with...

The Good
Once again, it's impossible to feel anything other that gratitude and humbleness in the face of the sheer amount of effort, determination and self-sacrifice that goes in to making a "happening" on this scale. Kudos to Amanda, Ben and everyone else who worked so hard.

Getting people all over the world to raise (hopefully) a million bucks for Charity : Water certainly goes on my #Awesome09 list.

As always - it's the people you meet which make the evening. It's bizarre trying to recognise someone from a 48*48 pixel avatar - this often means spending a large portion of the time staring at random strangers' chests trying to read a name-badge.

There's a myth that in some languages the word "stranger" translates into "Friend I've Not Yet Met" - so it is with twitter. I was surrounded with people who I felt I knew intimately, yet I'd never so much as shaken their hand before tonight.

The net result of all this was that everyone was so friendly. Any other venue in London, if you accidentally spilled someone's drink you'd get stabbed. Here, you were more likely to get a hug.

The Bad
I'm obviously a grumpy old man - but here's my run down of what people could do to improve the next London Twestival.

The Ugly
It would appear that I am genetically unable to be photographed in a flattering light. 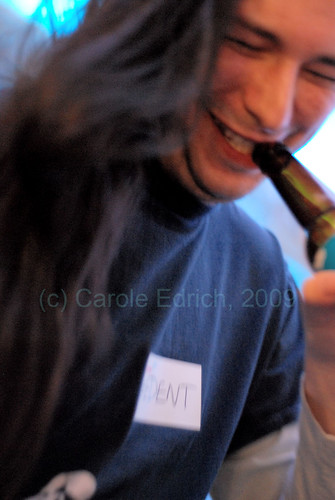 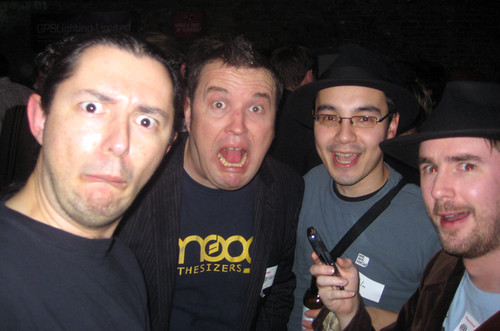 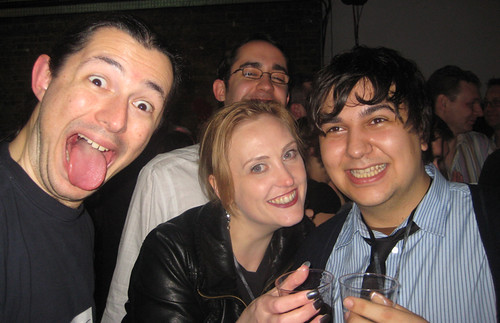 Although it was very nice of LJRich to interview me for the BBC!

Amazing to see nearly everyone in that video using the fantastic Dabr for tweeting from their phones..

So...
I hope I haven't upset anyone with this post. I am genuinely in awe of the organisers for getting a global event of the ground and raising a whole heap for charity. I just wish that a bit more logistical effort had gone in to the London Twestival.

3 thoughts on “Twestival - The Good, The Bad and The Ugly”