The UK Culture Secretary, Mr Andy Burnham, has recently suggested that we rate websites. With the predictable backlash.

But don't blame Andy! It's not his fault. Allow me to explain...

Here's some pornography for you... 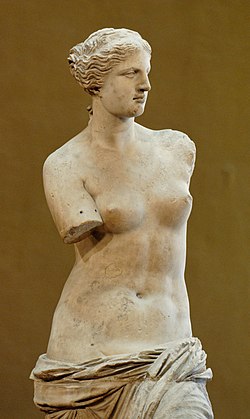 Phwoar! Look at the tits on that!

Sickening. How could Leonardo Da Vinci bear to paint such monstrosities?

My local school is putting on a play full of under-age, pre-marital sex. With foul language, wanton violence, drug abuse and teenage suicide.

My public library has books on how to make bombs!

Won't someone think of the children and "rate" this sick filth!?

When we look at libraries, art galleries and the theatre, there is very little appetite for censorship. Why?

It's because such things are old and familiar to us. We understand them intimately. We grew up with them. They're part of our everyday experiences.

The Internet - for people of Mr Burnham's generation - is not part of the fabric of his world. It's new, scary and dangerous.

I first got online in 1994. Compuserve was my gateway to the world at a blistering 14.4Kbps. I've known the net for the majority of my life - for longer than I've known most friends. The net is entwined in the very fibre of my being.

But I am nothing compared to the kids born in the late 1990s. I can remember the magic of my first homepage - whereas their parents blogged their pre-natal sonograms.
I was astounded the first time I illicitly downloaded a movie. For today's kids, it's as natural as flicking through the TV channels is for Mr Burnham.

Andy Burnham has really only ever worked in the political realm. He has never, I suspect, been exposed to the wonders of the Internet. Now that he has a staff of researchers and secretaries - I doubt he ever will. Unless the good voters of Leigh oust him in favour of someone who lives in the real world. Or at least someone who appears to know what they are talking about.

All of which is a long-winded way of saying - it's not Andy's fault that he doesn't understand what he's talking about. He was born too early to fully grasp what's going on in the world. I suspect that if he was around when mobile phones first came available, he'd ask us to rate ourselves lest children accidentally rang us.

For those interested in the history of censorship and rating in this country, I suggest the book "The Lord Chamberlain Regrets..."

The book examines the curious fact that every play performed in the UK had to be looked over and rated or rejected by the government before it was allowed to be performed.

This lasted from 1737 to 1968. That's 231 years. Imagine how competitive the UK's digital economy will be after 231 years in the wilderness.

3 thoughts on “Don't blame Andy Burnham for wanting to censor the web.”